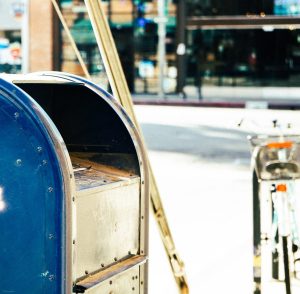 Plans To Withdraw From Postal Treaty Could Impact Your Business

The president’s withdrawal from a little known postal treaty may soon impact the price of goods coming into the US from China. Anyone in the business of e-commerce or importing Chinese goods for resale should take note.

In an announcement earlier this month, President Trump revealed plans to withdraw from a treaty that gives Chinese companies discounted shipping rates for small packages sent to American consumers. The State Department is expected to deliver a notice to Universal Postal Union in Switzerland today, according to White House Press Secretary Sarah Huckabee Sanders.

U.S. manufacturers, small businesses, and even shipping companies like UPS applaud the move. Here’s what you need to know.

The 144-year-old Universal Postal Union (UPU) treaty sets shipping rates paid by nearly 200 countries for delivering packages to customers in other nations. It sets different tiers, where more developed nations like the U.S. pay higher rates and less developed countries get a discount. China, once far less economically advanced than it is now, is rated low, and therefore receives steeply discounted shipping rates. Therein lies the issue: Is China still an emerging nation?

In some ways, we’ve all benefited from cheap Chinese goods. I once lost the cord to an old laptop and needed to order a  replacement. On the manufacturer’s webpage, I could get one for $40 plus $14 shipping from a midwest warehouse. On eBay, I found a Chinese knockoff for $12. And, shipping -- all the way from China -- was free. I know I’m not alone in my experience.

Of course, that kind of competition -- cheap product and no-cost shipping -- puts American manufacturers and distributors at a steep disadvantage. And, that’s precisely who is applauding Trump’s move here. The poster child for the movement to overhaul shipping rates was the CEO and founder of the "Mighty Mug," a patented spill-proof travel coffee mug. In an article written in The Atlantic, Mighty Mug’s Jayme Smaldone explained how it cost his New Jersey company $6.30 to ship by regular mail (from New Jersey to other U.S. states), but a Chinese company that sold a knock-off version could ship it to the same location from 8,000 miles away for just $1.40. He commends Trump’s move to level the playing field for American manufacturers like himself.

Smaldone is not alone. Companies like Amazon and FedEx have long taken issue with the treaty amid what they said was unfairly discounted shipping rates for foreign shippers. Jay Timmon, president of the National Association of Manufacturers, praised the elimination of the treaty as well.

A spokesperson for the Chinese Ministry of Foreign Affairs expressed "regret" for the U.S. decision to withdraw.

Regardless of your position, change is likely coming. What happens next?

According to the UPU’s framework, it takes a year for a country to withdraw, during which rates can be renegotiated. So, postal rates won’t change overnight -- and maybe not for another 6 months.

But, here’s a twist: Sources close to the president say he prefers that the U.S. stay inside the UPU’s system, but at “self-declared rates” to take effect no later than Jan. 1, 2020.  In other words, if negotiations are successful, the administration will rescind the notice of withdrawal and stay in the UPU. We’ll just set our own shipping rates.

It’s conceivable that, without the discount, low-priced Chinese goods on sites like Amazon and eBay could dry up, forcing U.S. online shoppers to pay higher prices. The question is whether the upside to companies will get passed down to employees in the form of jobs and wages to make up for their decrease in purchasing power. Only time will tell.

Keep abreast of the situation if shipping rates impact your business.