Is It A Deduction or a Subsidy? 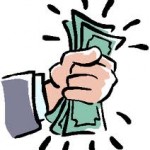 As we have just finished up another tax season here in the United States – I'm reminded of a funny quote "there is no child so bad that he/she can't be used as an income tax deduction."

In all seriousness, there has been a lot of debate regarding tax policy as part of the Presidential race. We've also had the Simpson Bowles proposal – which advocates tax rate increases and the elimination of some credits / deductions. On the other side is Grover Norquist, who insists that, anything more than we pay today is in effect a tax increase.

For example – the home interest deduction. The authors make the case that this is really just government spending as it is, through tax policy, a subsidy for home ownership. The government is entitled to the money, they just elect, through the tax code, not to take it. They would take it from you if you were a renter, not a home owner. Conversely, the government could just cut every homeowner a check.

User fees, like Medicare premiums, are another form of government spending according to the authors as they rationally make the argument that if the government administers the program, it is spending. Current government accounting treats receipts from user fees as 'negative' spending – meaning it looks like the budget as a percentage of GDP is lower than what the authors argue.

So – for the bad news according to the article:

Now – for the not bad, not good news:

Is any of this good or bad? It's hard to say, but it will become increasingly important for us, as voters, to really understand the difference between a 'normal tax system' and our current system, as depending on our belief systems, we will either be on the short end or the long end of our current system. A 'normal tax system' is typically a progressive income tax system with no preferences. Our current system incentivizes behaviors for social and economic reasons. The paper is a little heady but short – I encourage a read of it and a review of the graphs contained at the end – my favorite is below: 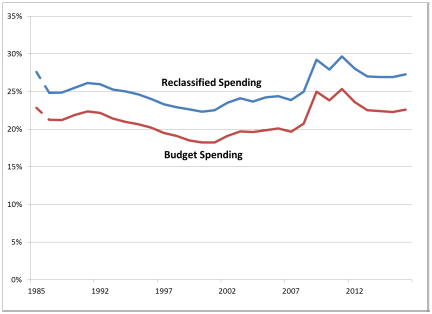