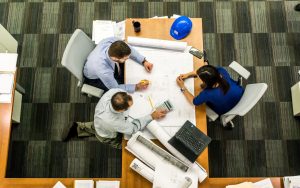 Tax reform brought major changes, and we’ve covered them extensively in our blogs: lowering of the corporate tax rate, lower rates for “pass through” entities, decreases in individual tax rates, and so on. One area that hasn’t received much attention, here or in the national media, is depreciation and the opportunities for additional tax savings via a cost segregation study.

You’ll remember that a cost segregation study allows a taxpayer to break out certain non-structural components of a building and allocate shorter life classes to those components, depreciating them at an accelerated rate -- from 39-years to five-, seven-, or 15- years depending on the situation.  By accelerating depreciation deductions in the earlier years of ownership, the taxpayer is provided an immediate increase in cash flow. In addition, a cost segregation study quantifies a property’s major components and leasehold improvements so they can be written off when replaced or renovated, and provides an independent third-party analysis that will withstand IRS review.

So, why do cost segregation studies matter even more now? The answer: Bonus depreciation.

There was also an increase in the Section 179 expense amount as well.

Simply put, a cost segregation study performed on a property acquired after Sept. 27, 2017, is now significantly more valuable. For a used property, the value is even higher.

If you constructed any buildings or expanded in 2017, a cost segregation study now can maximize the amount of depreciation expense captured on your 2017 tax return. Building or leasehold improvements prior to 2018 could have a tax life of 15 or 39 years depending on the nature of the construction and the location of the building.

If you built or had leasehold improvements done prior to 2017 (that have been depreciating over 15 or 39 years), we can potentially still help. A cost segregation study performed now can determine how much depreciation should have been taken if the study was completed in the original year in service. We can compare that “should have” number to the amount of depreciation that you actually have deducted to date, and capture the difference as a deduction on the 2017 tax return to “catch-up” the cumulative depreciation not previously deducted.

Do you own a restaurant? The deal is even sweeter for you. The new tax law has more favorable bonus depreciation rules and recognizes restaurant building as 39-year assets (15-year life for restaurant buildings was eliminated). Restaurateurs could very well find that every dollar identified in a cost segregation study for five-year, seven-year and 15-year assets for their businesses are eligible for a 100%bonus depreciation expense.

It’s important to note that many states do not allow the bonus depreciation to be taken in the year that is it captured for federal tax purposes; they will require you to recalculate the depreciation for state taxable income as if the bonus was not taken. Note that North Carolina requires an 85% addback in year 1 of bonus depreciation taken, but you can then subtract it out ratably over the following 5 years.

A cost segregation study is a potentially very lucrative opportunity for you. Please reach out so that we can help you take full advantage of these changes to the tax code.