Can I Deduct Investment Expenses? 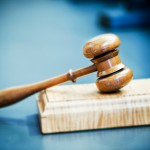 As we are rolling into tax filing season, there are always a few questions that we get asked. One of which is "can I deduct my investment expenses as business expenses, like the cost of subscriptions to financial periodicals, clerical expenses, a home office, computers, trading classes, etc.?" If possible, these can be deducted as business expenses in arriving at adjusted gross income, rather than as production of income expenses which are deductible only as itemized deductions and thus are subject to the 2% floor on miscellaneous itemized deductions. The good news is that regardless they are deductible – the only debate is 'where' and with which tax treatment.

Since the Supreme Court's decision, there has been extensive litigation on the issue of whether a taxpayer is a trader or investor. The Tax Court has recently developed a two-part test that must be satisfied in order for a taxpayer to be a trader. Under this two-part test, a taxpayer's investment activities are considered a trade or business only where both of the following are true:

(1) the taxpayer's trading is substantial (i.e., sporadic trading won't be a trade or business), and

(2) the taxpayer seeks to catch the swings in the daily market movements, and to profit from these short-term changes, rather than to profit from long-term holding of investments

Thus, the fact that a taxpayer's investment activities are regular, extensive, and continuous isn't in itself sufficient for determining that a taxpayer is a trader. In order to be considered a trader, a taxpayer must show that he buys and sell securities with reasonable frequency in an effort to profit on a short-term basis. Even a taxpayer who made over 1,000 trades a year with trading activities averaging about $16 million annually was held to be an investor because the holding periods for stocks sold averaged about one year.