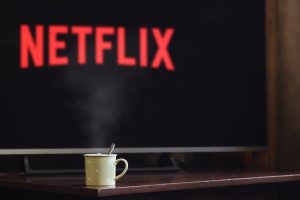 Back to Atypical Insights
The Vault Culture

What This Netflix Documentary Taught Me About Business

I finally got around to watching the Netflix documentary “FYRE: The Greatest Party That Never Happened” this weekend. Yes, I’m late to the party, but I have an infant and toddler sons, and my ability to make it past 9 p.m. just isn’t what it used to be. Anyway, if you haven’t seen FYRE, I recommend that you do. It’s the stuff business owners’ nightmares are made of, and we could all learn something from it.

Here’s the down-low if you have no idea what I’m talking about: The Fyre Festival was the brainchild of former hip hop artist Ja Rule and Billy McFarland, the CEO of a musical booking app called Fyre Media. The festival was supposed to boost the app.

Remember the old adage in business to “underpromise and overdeliver”? Well, FYRE did the opposite. So much the opposite.

The festival was advertised as an exclusive experience on a private island in the Bahamas -- big-name bands, gourmet food, supermodels, and luxury accommodations. Tickets, which were sold in advance, were anywhere from $1,000 to $12,000 each. With most of the guests being social media influencers, the event was highly promoted across Instagram and social media other channels, and expectations were understandably high.

Organizers delivered on none of their promises, as expected costs soared. Unable to deliver “luxury accommodations”, the organizers brought in literal FEMA tents. The gourmet food they promised became cheese sandwiches on Styrofoam trays. Guests arrived at rained-in tents and had no way to get off the island. Remember all those social media influencers invited to the party? They chronicled everything in real-time on social media. Fyre was doomed before it began.

The worst part of all this? It could have been stopped. Organizers knew the event was unraveling days in advance yet insisted “the show must go on”. Except, there was no show, no food, no rain plan, no nothing. The resulting damage was actually pretty stressful to watch.

Billy McFarland was eventually sentenced to six years in prison for wire fraud in connection with Fyre, and the festival goes down as one of the biggest, most unreal business fiascos in history.

But, I think we can learn from it. Sure, most of us (thankfully) will never experience a Fyre Festival level disaster, but its dramatic failure offers cautionary lessons for business owners who are tempted to overpromise on what their brand can really deliver.

1. Accept help from those who know what they’re doing.

Information released in court, articles published by former Fyre employees, and documentaries produced by Netflix and Hulu showed that McFarland not only didn't know how to plan a luxury festival, but he didn't listen to the advice of those who did.

After securing a $4 million loan, event experts warned McFarland that executing on his advertised promises would cost closer to $12 million. As organizers scrambled to provide last-minute infrastructure, estimates grew to $50 million. Professional event planners hired to pull the festival together urged McFarland to cancel the event or postpone it in order to deliver on the promises he’d made.

McFarland listened to none of it, and Fyre advertising went on with no change. As a result, the festival was completely unable to deliver on what it promised.

Business owners are often asked to take on a project they’ve never tackled before. That part is okay. New challenges are part of growing a successful business. To be successful, you’ll have to listen to people with more experience than you. Experts are experts because they have unique and valuable insight into areas you know nothing about.

Pushing on stubbornly as McFarland did backfires and impacts your brand every time -- not Fyre level destroyed but damaged nonetheless.

Social media offers businesses an inexpensive and fun way to connect personally and directly with their target pool of customers. I’m not bashing social media. In fact, I love it. But, the caution comes when businesses start working with social media influencers and bloggers to promote their products and services. At that point, it’s not just a friendly mention of your product or service. It’s advertising, and you’re on the hook for what is written or said about your company.

Fyre attendees were promised luxury beachside accommodations and meals cooked by celebrity chefs, so when they got wet mattresses and toaster waffles they were less than happy. Festival owners were to blame, but both the media and several lawsuits held a second set of people responsible for the deceit: the models, celebrities, and social influencers who promoted the festival on their social media accounts. Most of them posted ads and other content for Fyre without disclosing that they were being paid to promote an event that they knew almost nothing about.

Whenever you are advertising, you must disclose the fact that you are if you want to retain the trust of your customers and preserve your brand's reputation. This isn't just good business – it’s also the law. The laws about influencer advertising are pretty strict and specific.

3. Be honest, apologize, and ask for grace.

Ultimately, the Fyre festival comes down to dishonesty, which can destroy a business and its owner's reputation faster than almost any other mistake.

McFarland and his team failed to communicate honestly with customers and investors at every step of planning. As a result, no one was willing to extend them the benefit of the doubt or accept anything less than legal penalties when it finally all fell apart.

Even if you try to do everything right, you’re bound to make a mistake sometimes. You’re only human. Being honest with your customers about your flub and apologizing for it can go a long way toward retaining the trust you’ve built with them and salvaging a bad situation.

In the internet age, one unhappy customer has the ability to do severe damage to your reputation in very little time. Addressing concerns or complaints as openly as possible, admitting fault when it's warranted, and doing your very best can go a long way in preserving your customers' trust. Don’t be tempted to just cover up your mistake and push on.

Watch the film if you haven’t, and take what you can from it. Fyre was a train wreck of monumental proportions, but its lessons can reach even the smallest of companies.