What The New Overtime Regulations Mean for Your Business 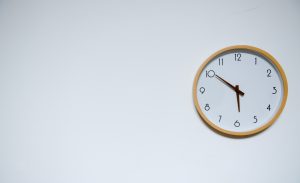 It’s been a 4-year discussion that we’ve tracked extensively, and now we finally have some answers: New overtime rules will go into effect January 1, 2020.

The Department of Labor announced Tuesday the final rule that will require businesses to pay overtime wages to a much larger group of employees if they work more than 40 hours a week -- 1.3 million more, in fact, under the Fair Labor Standards Act.

Remember that the Obama administration had proposed aggressive expansion of overtime pay (standard salary level of $47,476/$913/week, among other changes) but the proposed rule met with legal challenges and current White House disapproval. It never took effect after being suspended by a federal judge in 2016. The last time the overtime regulations were effectively updated was back in 2004.

So, what happens now?

First, comply, as you’re likely not exempt. DOL claims jurisdiction over employers with at least two employees and at least $500/year in business as well as individual employees who work in ‘interstate commerce’, defined so broadly that it includes producing goods that will be sent out of state or even placing phone calls to people out of state. Nearly every business in the country will be subject to the new regulations, and those who do will likely face similar wage and hour laws within their states.

Be extremely cautious. We cannot stress this enough. Employers who fail to comply with overtime rules could face liability for the amount of overtime pay that they failed to pay out as well as ‘liquidated damages’ imposed by DOL that effectively double the amount of overtime pay, plus civil penalties of up to $1,100 per violation. If employees retain an attorney to litigate their case, those attorney fees could also fall on your shoulders. Repeat offenders will face steeper fines and even criminal penalties.

It is far more expensive not to pay and get caught than it is to just pay overtime upfront.

Still, this has the potential to significantly increase your labor costs, so determine how you’ll shoulder the expense. Every employer needs to examine the salaries being paid to exempt employees and to see if they can still avoid paying them overtime. Exempt employees earning less than the threshold will have to either have their pay increased (to get above the threshold) or be reclassified as non-exempt to allow them to earn overtime. If you need help conducting such cost-benefit analysis, please reach out.

Keep an eye on the “practical” ways of tracking time as well. Do not rely on work schedules or expected hours to determine overtime pay, as you could end up in real trouble. Time clocks, time cards, etc. are absolutely necessary to non-exempt employees. They will be essential in ensuring that mealtimes and breaks are actually being taken, too (no work is to be completed during these times).

As always, keep tabs on morale issues. Here, reclassification from exempt to non-exempt employee may feel like a demotion to some. In such cases, and where the money is close, it might just be easier to raise the employee’s salary to the $684/$35,569 threshold and avoid the headache of reclassification.

January 1, 2020 is coming quickly. Do not delay on changing or finalizing your budgets for next year to accommodate the increase in labor expense you’ll see. We’re here to help.